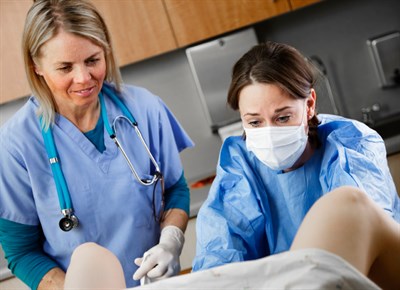 There are many reasons why it is important for some women to aim for a vaginal birth after having a caesarean (VBAC). The physical recovery after a vaginal birth, when compared to a caesarean, tends to be less complicated, more straightforward, safer and, importantly, less painful. Statistics show that women who have vaginal deliveries are less likely to become depressed and more likely to breastfeed. There is also the significant issue, for many, of needing to feel they have done their best to achieve a “natural” birth.

Many women see the opportunity of having a VBAC as a chance to heal emotionally after a previous caesarean delivery. For some, this can be a traumatic experience and create real disappointment. Although the reasons can be very clear as to why a caesarean was necessary, dealing with the reality can be a separate matter entirely. Some women claim that by having a caesarean they felt disconnected from their baby’s birth, that it was “taken over” by the hospital staff, and that they did not have the opportunity for an “authentic” birthing experience. Having a VBAC can do much to build a sense of empowerment.

In years past, it was routine for any woman who had had a caesarean birth to not be given any choice of delivery options for her subsequent babies. “Once a caesarean, always a caesarean” used to be the old adage, because the risks of uterine rupture were too great. But this approach has changed over time in line with improved surgical techniques.

For some time now, the caesarean incision has been done into the lower segment of the uterus and horizontally, i.e. from side to side, whereas in the past, the womb was cut vertically downwards. This meant that the uterine muscles were weakened along their entire length, causing problems with the womb contracting effectively. The lower segment of the womb is not as involved in contractions, so the risks of rupture are reduced.

What are the chances of everything going well with a VBAC?

The estimate is that around 75% of women who attempt a VBAC are successful in achieving a vaginal delivery. This is realistic as long as there are no other complications and the reason for the original caesarean isn’t being repeated.

Current statistics show that around 83% of women will have a repeat caesarean section delivery, rather than a VBAC. Although most women are aware of the possibility of having a VBAC, it does not always appeal to them.

Having a VBAC can be safer than a caesarean section delivery. This is especially the case if a woman is planning on having more than 2 children, and is likely to have repeated caesareans performed.

What is a Uterine Rupture?

A uterine rupture is when the womb separates and tears along the old incision line. Uterine contractions cause a stretching and thinning of the lower segment of the womb and this causes stress on the weakened muscles. This is a medical emergency for both a mother and her baby.

Uterine rupture can happen either in the later stages of pregnancy, when the walls of the womb become very thin, or when labour has already started. The risks are increased when a woman is carrying a very large baby, has a multiple pregnancy, or polyhydramnios (too much amniotic fluid in the womb).

Many studies have been done examining the incidence of uterine rupture following a previous caesarean section. In developed countries, the current risks are extremely low for rupture to occur and are estimated to be less than 0.5%.

When labour is induced with synthetic hormones such as Syntocinon, speeding up labour and increasing the intensity of the contractions increases the risk of uterine rupture.

Reasons not to have a VBAC

Benefits of having a VBAC

Best chances of success with a VBAC

The chances of a successful VBAC are lower if:

Important facts to consider about VBAC

It is essential for each individual mother to consider her own risk factors. Consultation with her healthcare provider, and making her own informed decisions regarding her delivery, form the basis for planning whether a VBAC will be suitable.

Although statistics can give an indication of safety and VBAC success, they do not cover every story. Staying informed and active in the decision-making processes is very important.

What can I do to increase my chances of having a VBAC?

What can make a VBAC as safe as possible?

Many maternity hospitals aim for VBAC delivery to have occurred within 12 hours of the onset of active labour. 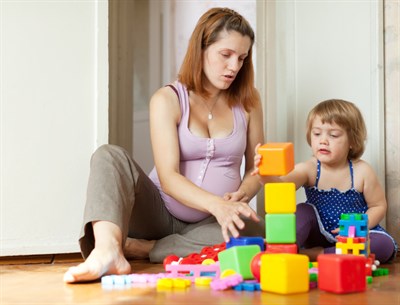