Terminology in the NICU 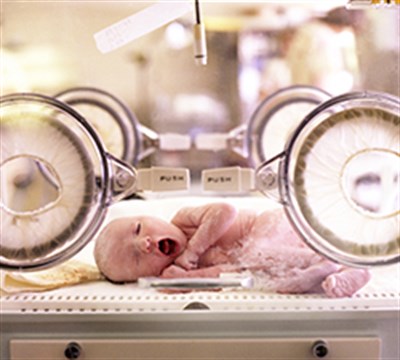 It is very overwhelming for parents who find themselves in the Neonatal Intensive Care Unit (NICU) with their premature baby. Apart from learning to deal with the emotional aspect to having given birth to a premature baby, they also have to learn very quickly all the terms used by the nursing staff in the NICU. Here is an overview of some of the terms that you may encounter.

There are too few red blood cells. Anaemic babies may need blood transfusions.

A short period of time when the baby does not take a breath.

This happens when fluids or liquids are breathed into a baby’s lungs. Aspiration also refers to a medical procedure in which fluids are sucked out of the lungs, nose, or mouth using a suction device.

Resuscitating a baby by using a BVM (Bag Valve Mask). It is placed over the mouth or over a tube inserted into the trachea and lungs. In other words – it is to help your baby breathe.

A chemical created by the breakdown of the red blood cells. A large amount of bilirubin in the body causes the skin and eyes to turn yellow – called jaundice.

These bluish (fluorescent) lights help reduce jaundice by breaking down the bilirubin in the skin. Baby is undressed to expose as much of their skin surface as possible; baby’s eyes are covered with patches or a mask and they are placed under the lights. It is also called phototherapy.

A test using a small amount of blood to measure levels of oxygen and carbon dioxide in the blood.

A slower than normal heartbeat; often occurs with apnoea (shortness of breath).

A tube through which fluids can be put into or drained out of the body.

A tube inserted through the chest wall; used to suction air and/or fluids from around the chest.

A continuous amount of air, sometimes with added oxygen, is delivered through tubes in the baby’s nose to keep the airways of the lungs open as baby breathes – usually while they are sleeping.

Taking a sample of blood or body fluids to test for germs that may cause an infection.

A bluish colouring of the skin and lips caused by a low level of oxygen in the blood.

The collection of extra fluid in body tissues, causing swelling or puffiness of skin.

Sensors placed on the chest, arms or legs, which sends heartbeat and breathing information to the monitor.

The sodium, potassium, and chloride levels in the blood. Correct levels of these chemicals must be present so that the body organs can function properly.

A plastic tube inserted through the nose or mouth into the trachea (windpipe) to help breathing; usually connected to a breathing machine (ventilator).

The process of removing an endotracheal tube.

A treatment that uses a pump to circulate blood through an artificial lung back into the blood stream of a very ill baby.

A tube inserted through the nose or mouth into the stomach. The tube delivers nutrients and medications, and removes undigested food and fluids from the stomach.

Feeding a baby through a gastric tube inserted into the stomach.

The length of time from conception to birth (how long the baby stays in the womb). Full-term gestation is between 38 and 42 weeks.

A type of ventilator that gives very small breaths at a very fast rate; the baby’s chest will actually vibrate. HFV works differently from “conventional” ventilation to treat specific breathing or lung problems.

A breathing problem that causes the tiny air sacs in the lungs to collapse; usually due to lung immaturity and lack of a natural lung chemical (surfactant). Also called respiratory distress syndrome (RDS).

Excess spinal fluid causing enlargement of the ventricles in the brain.

A low level of oxygen in the body tissue. If it’s very low, tissue damage can occur.

A small, heated bed enclosed in clear plastic. Keeps the baby warm, while allowing caregivers to see the baby.

Bleeding within the brain’s ventricles (spaces in the brain containing spinal fluid). Also called intracranial haemorrhage (bleeding in or around the brain).

A hollow needle or plastic tube inserted into a vein; used to give fluids, blood, and or medications.

Placing a tube through the nose or mouth into the trachea (windpipe).

The yellow discoloration of a baby’s skin and eyes caused by too much bilirubin in the blood.

Skin-to-skin contact where baby is positioned on mom or dad’s bare chest to promote bonding and healing.

The first bowel movement/stool passed by a newborn, usually dark green and sticky.

A type of pneumonia (lung infection) caused by stool being passed by the baby while still in the womb. The stool can be inhaled into the baby’s lungs and can partially or completely block the baby’s air passage. This makes it difficult for the baby to breathe.

A small plastic tube placed under the nose to provide oxygen

A bowel condition caused by lack of blood supply. A section of the bowel may become severely inflamed or infected.

A type of high frequency ventilator

The level of oxygen in a baby’s blood. Oxygen level is measured by a small probe on the baby’s hand or foot, also by blood samples. This level tells at-a-glance how well oxygen is being carried through the body.

A small blood vessel between the major blood vessels leading from the heart and the lungs. Before birth, this vessel is open and allows blood to bypass the lungs, which are not yet in use. When this opening fails to close after birth, it can cause problems.

A flexible, thin IV tube put into a vein in the arm, foot, or leg and then routed up into, or near, the heart.

A serious condition that causes the baby to return to its pre-birth route of blood circulation. The baby’s blood is only partially oxygenated through the lungs. This results in very low oxygen levels, plus a higher blood pressure in the arteries of the lungs. Treatments include oxygen, ventilator therapy, medications and/or ECMO. Also called persistent foetal circulation (PFC).

Air escapes from the lung into the chest cavity, creating a pocket of air in the wrong place. This pocket of air then presses on the lungs or heart. A chest tube or catheter can be inserted to remove the pocket of air, which lets the lungs re-expand.

An eye disorder, involving the retina, which can occur in premature infants

This is the ordinary air we breathe, which contains 21% oxygen. Oxygen therapy can deliver from 22-100% oxygen.

An infection caused by bacteria

The removal of a small amount of fluid from the spinal canal. The fluid is then analysed for infection, bleeding, and other disorders.

A substance in the lungs that helps keep the tiny air sacs from collapsing and sticking together. A lack of this substance contributes to Respiratory Distress Syndrome (RDS).

Transient Tachypnea of the Newborn (TTN)

A condition when a baby breathes with quick, shallow breathes (usually over 80 breaths per minute). It is often caused by fluid in the lungs and will improve as this fluid is absorbed. Some babies need oxygen until it resolves. TTN is often associated with caesarean delivery.

Ventricles of the brain

All material is for informational purposes only and should in no way replace professional medical advice.

Terminology in the NICU