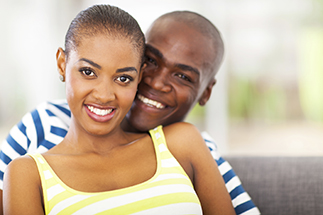 Fertility is closely related to age in both women and men. The age of peak fertility for both genders is from their late teens to early thirties.

After this age, there is a decline in fertility, to the point where it’s very unusual for a woman to get pregnant using her own eggs after the age of 45 and it is much less likely (although by no means impossible) for a man in his fifties and beyond to father a child.

However, despite strong links identified between lowered fertility and age in men, this is a lesser-known phenomenon.

It is assumed that women are in their reproductive years when aged between 15 and 44 While medical technology has made it possible for some women to get pregnant in their late forties and even older, in general, these pregnancies rely on the use of donor eggs from much younger women.

Fertility in women is believed to be contingent on the age of their eggs.

Many women are physically quite capable of carrying a baby well into their forties (and even fifties), but the likelihood that they are able to produce eggs that will sustain a successful pregnancy start to decline after the age of 30, becoming significantly lower each year after 35.

From the age of 27 up to the age of 35, while egg quality will decline slightly as time progresses, women are still in a period of high fertility.

Each year after 35, however, there is a significant decline in the quality of a woman’s eggs.

Men are usually at their peak fertility age in their early to mid twenties. Research has shown that there is a definite reduction in fertility as men age, however, because this is not as universal as the link between age and fertility in women, this is not as well understood.

From the age of thirty, a key fertility indicator in males – the level of the hormone testosterone, which is needed for sperm to mature – begins to reduce slowly.

After the age of forty, a man’s testes start to shrink and soften, and the quality and quantity of the sperm that they produce slowly declines over time. 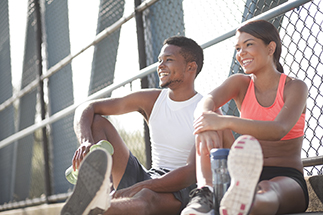 As men age, their fertility will decrease and they are also more likely to produce sperm with increased DNA mutations. Men aged over 35 have been shown to have a higher percentage of mutated sperm than those aged between 20 and 35.

There is a strong link between the age of a mother and the risk of having a child with Down Syndrome (which remains the most common genetic cause of mental disability). Recent studies have also linked the incidence of Down Syndrome with the age of the father.

There are also some links between the age of the father and several other conditions, including childhood leukaemia and schizophrenia.

If you are looking at percentages and averages, it’s generally understood that a healthy young couple in their twenties who do not have fertility issues will get pregnant after four months of unprotected sex.

The following chart of the fertility-age link is a commonly-cited estimate of the likelihood of conception where both partners in a couple are the same age, after one year of unprotected intercourse:

A 2002 Italian-US study of 782 healthy couples found that the odds of falling pregnant in any one menstrual cycle when having sex on the peak day for conception were dependant on each partner’s age:

There is an overall perception that assisted reproductive technologies (ART) like IVF can postpone the natural decline of fertility that occurs with age.

This is not correct. The success rates for IVF and other assisted reproductive technologies directly reflect the fertility and age connection that exists in non-medically assisted conception.

The latest figures issued by the US Center for Disease Control and Prevention (CDC), which tracks fertility clinic success rates in the US, show that the rate of live births from IVF and similar fertility treatments using the mother’s eggs decreases significantly with age.

For women under 35, the chance of a live birth after one cycle of assisted reproductive treatments (including IVF) using their own egg, was about 45%.

But ART success rates for those using their own egg, between age 35 and age 37 was about 37%, dropping rapidly to a success rate of just 6,6% per cycle for those aged over 42.

ART success rates depend almost solely on the age of the egg donor; women in their mid-forties using a donor egg from a woman in her 20s or early 30s still had ART success rates that were above 40%.